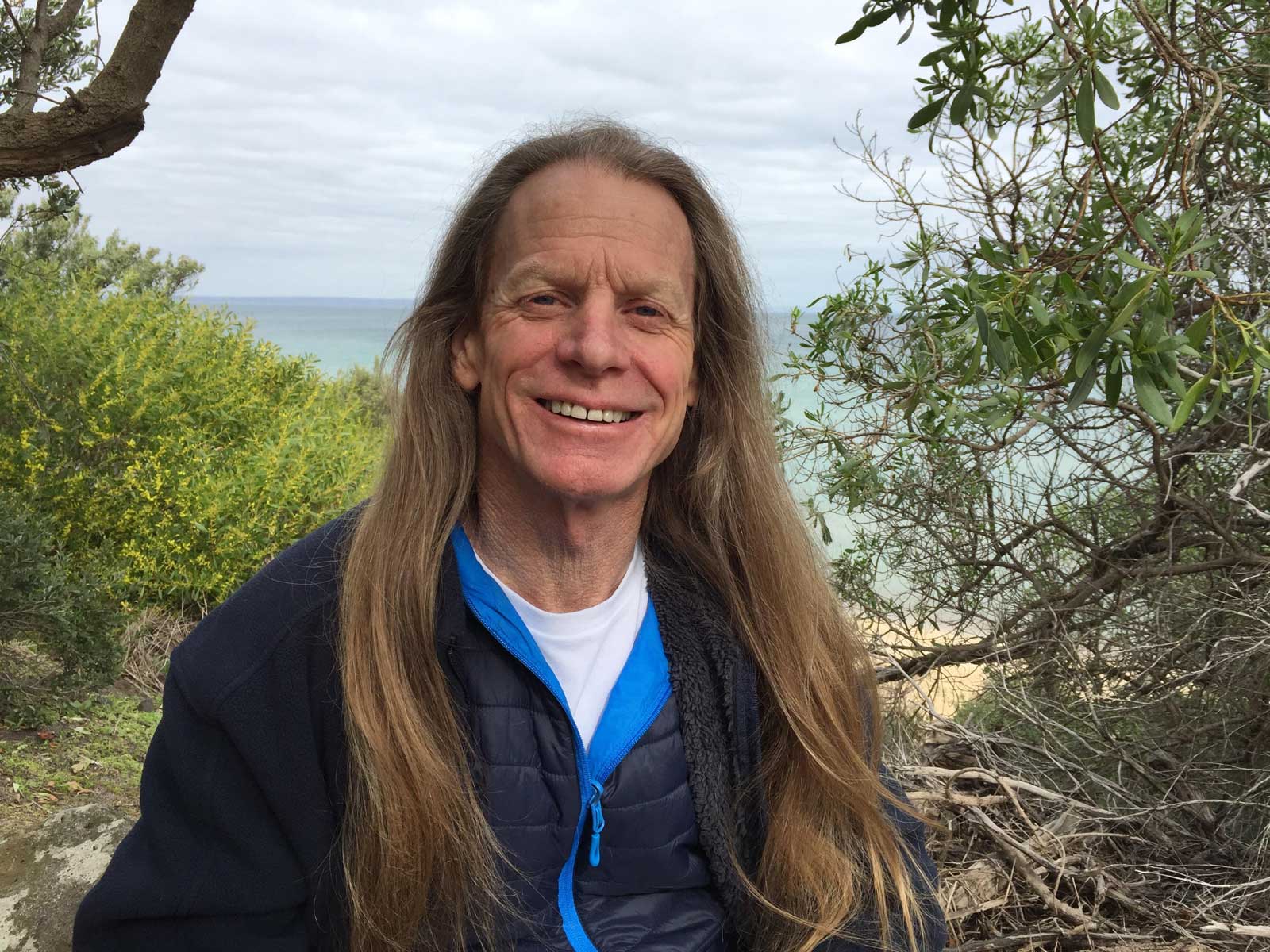 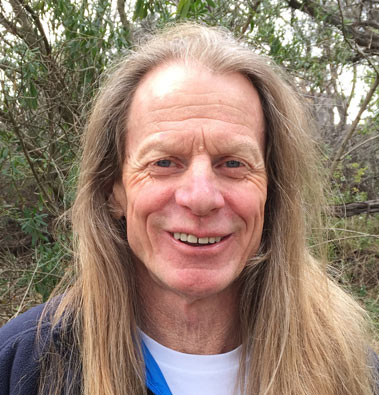 Rob began studying the various yogas and mysticism in 1968. He initially practiced Gita yoga. In Melbourne in 1978 he met meditation master Swami Muktananda and travelled with him to America in 1980 where he assisted teaching Hatha yoga on Muktananda’s third world tour. In 1982 he went to Ganeshpuri, India to continue his studies.

After Muktananda’s death, Rob travelled to the Himalayas and began studying under a Jnana (Knowledge) master. He returned to India regularly over the next few years to continue this work. During this time he studied extensively and integrated the teachings of Nisargadatta Maharaj and Ramana Maharshi and other great Jnana yogis. He has studied Tantra, Kashmir Shaivism, Vedanta, and a diversity of yogas and meditation at Osho (Bhagwan Sri Rajneesh) and Swami Satyananda ashrams and centres throughout Australia and India. He also incorporated Primal Therapy and Rebirthing into the mosaic of his experience.

Rob studied, practised and ran schools in both of the main styles of physical yoga – static Iyengar and dynamic Ashtanga Vinyasa. He travelled to India and studied at the home and centre of both of these traditions with their respective masters – BKS Iyengar at Pune and Sri K Pattabhi Jois in Mysore. The first Ashtanga Vinyasa workshops in Melbourne were initiated and hosted at St Kilda Yoga School by Rob. The practice and experience of Vipassana – silent Buddhist meditation allowed integration and consolidation of the above physical practices.

He has taught yoga and meditation to the dance company for the musical Sweet Charity, instructed at various gyms and managed the St Kilda Yoga School for extended periods of time. He has taught yoga and meditation at Turana Boys Detention Centre, Pentridge Prison, and in particular Jika Jika maximum security. He was employed for twelve years as a Lecturer of Physical Theatre by Melbourne University teaching yoga to the actors at The Victorian College of the Arts – Drama Faculty. Rob has also taught the corporate sector – ABC studios, advertising agencies, business executives and organisations such as The Age Newspaper. The medical profession employed him to teach the Bayside Doctors at their wellness conference. He’s also been employed by Albert Park College to teach yoga to their Secondary School Students at Yogareal Yoga Studio as part of their school program.

His teaching style is unique, innovative and transformative. His insights will allow you to have insights. He communicates his experience in a light and easy manner, making yoga fun, practical, challenging and appropriate to all. 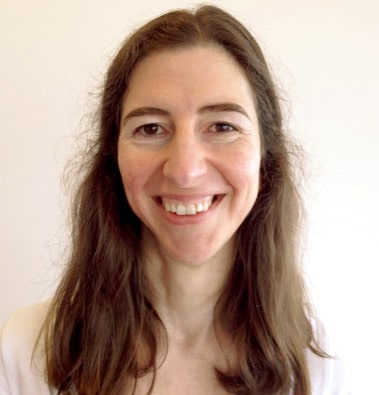 ‘When I first met Rob, I was looking for answers. I didn’t have a clue about Yoga. It was 1998 and I was studying Acting at the VCA and when our movement teacher, who’d studied with the best in her field around the world, said that she’d been to see all the main yoga teachers in Melbourne and she thought Rob was the best, my ears pricked up.

I had no idea what I was in for. Some far out physical contortions, maybe? But when Rob started talking to the class I couldn’t believe my ears. “Why doesn’t anyone else talk about this stuff?” I thought to myself.

It was like he’d reached inside and found the core issue of all my problems and at the same time made me feel ok about it – even laugh about it. And from that moment my life started to change for the better. And as I worked hard and experienced all the changes over the years I felt so grateful I wanted to do whatever I could to give back.’

Before yoga and the VCA Theresa worked in various roles in the retail industry, starting from the basics and moving through to supervisory roles. She also worked and volunteered in Front of House for various Cinemas and Theatres; and worked in administration for Young Achievement Australia. Thinking she would find fulfilment in acting, she pursued this, and on completing her Bachelor Degree in Acting at the VCA in 1999 she continued to perform in theatre, film and television until 2003. All the while, she practiced yoga under Rob’s guidance until she finally realised true fulfilment comes from knowing one’s Self, seeing things as they are and surrendering to the divine will.

From 2000 Theresa’s various roles at Yogareal have included: assisting at classes (including assisting students from small children to the elderly, integrating the practice by working one-on-one in Rob’s classes with students who are pregnant, and people with injuries, or missing limbs), helping on the front desk, teaching (from 2001), cleaning, managing, marketing, website development, graphic design, social media, retreat/event management, administration and any of the day to day requirements involved in helping to run the Studio. She has also assisted with building renovations and running Lorne Beach Accom since 2000.

She feels blessed to have experienced what’s most important in life, and does the best she can to help others do the same.
The foundation of Theresa’s classes is understanding one’s Self and intuitively guiding people – through understanding, dynamic practice, breath and conscious awareness back to that centre-point in themselves. To therefore be more connected, open and available to the bigger picture of life. 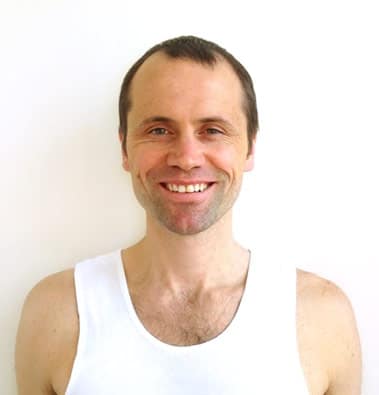 ‘I was introduced to Rob by a friend at Jerry’s Cafe in Elwood, during 2002. I was inspired and intrigued with the way he was living and breathing what he was saying. From a young age I loved playing and being very active. Following this direction led to completing a Bachelor of Applied Science – Human Movement at the Victorian University of Technology, while playing football with Port Melbourne in the V.F.L. It was around this time I realised that this lifestyle wouldn’t give me the feeling of freedom and peace I was after.

I then travelled overseas for a few years in search of more independence and understanding through experience. Not long after meeting rob, I spent 3 months on a remote island off Madagascar. It was here that I gained the insight that no matter how perfect a location, I couldn’t escape the restlessness of the mind.’

Ever since then Hugh has set his life up to be around the framework of the studio and the teachings. He began teaching in 2004 and each year the different roles Rob gives him the opportunity to do, allows for ongoing expansion.

Hugh teaches in a humorous an enjoyable way. His classes convey the understanding Rob has passed on, the essence of which Rob learnt from Baba Muktananda. With a balance of fire and letting go, you will be encouraged to go to the edge of what you can do and slowly transform to go beyond that. Hugh’s classes include good depth of postures, with abbreviations for everyone!

*Hugh and Elisha have moved to QLD… Visit yogaofself.com.au for details of their yoga classes in Qld! 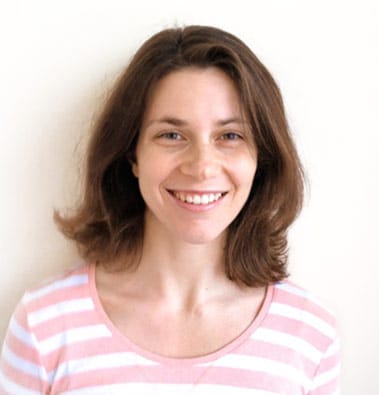 ‘I met Robert in 2005 while studying at the Victorian College of the Arts. During our first class together, I sensed Robert’s unique manner and message was to have a lasting affect on my life.

From this point, I established a devoted practice at Yogareal that has allowed me to connect to the awareness of Self. For this insight, I am truly appreciative.

My roles at the studio have included supporting classes, helping out on the desk, database entry, general administration, brochure creation and distribution and website development.’’

Elisha has spent time travelling and living overseas. Her career has led her from the creative arts to corporate administrative management and she now holds a full-time retail position for a reputable global brand.

Elisha began teaching in 2007 and shares yoga in a relatable and caring way. Her classes are founded on Robert’s understanding and the Yogareal lineage. They will encourage you to let go of limiting conditioning and access truth and love within.

*Hugh and Elisha have moved to QLD… Visit yogaofself.com.au for details of their yoga classes in Qld! 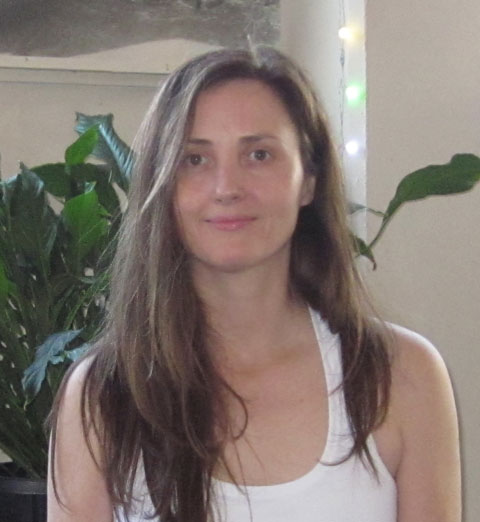 When I came to one of Rob’s yoga classes back in 2006 it was an aha moment! Rob’s ability to communicate subtle insights about yoga and translate them into a direct experience for me, and other students in the class, was simply life-changing.

I realised this was the kind of understanding I had been seeking and wanted to learn more about yoga! I made a commitment to myself to unwrap everything in my life that was keeping me in a holding pattern and open-up to the yoga teachings available at the studio. From there I started hitting the yoga mat every day and slowly peeling the layers off! Looking back more than twelve years later I understand that yoga is a transformative practice that brings vitality to the body, clarity to the mind and joy to the soul!

Bridget has been teaching at Yogareal since 2007. Her classes are re-energising and fun with a focus on feeling and breathing in postures to find alignment, length and stability. Which in turn brings lightness to the body and brightness to the mind. 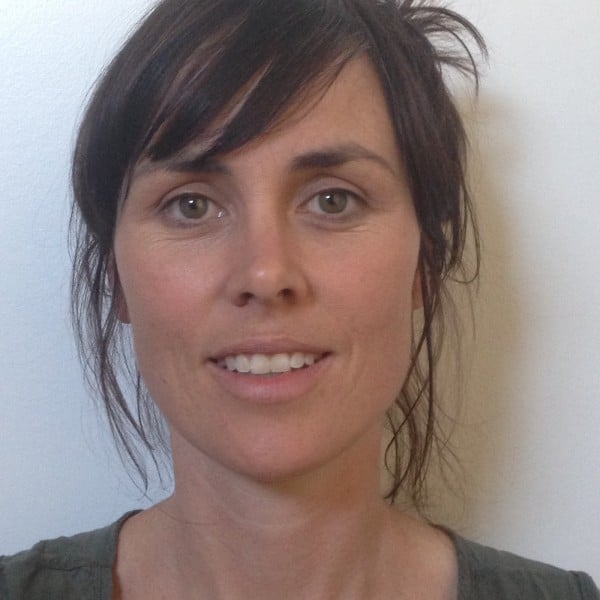 I met Rob when I went to the studio my brother Hugh had been talking about. To be honest, it took me quite a while to get past my own reservations about spirituality and be truly present at one of Rob’s classes. But I kept coming back. Maybe because there was something very appealing about learning to make quiet the deafening chatter of the mind, or maybe because I simply felt good after each of Rob’s classes.

I come from a background of fine arts. In ’97 I completed an undergraduate degree in Sculpture at VCA and in 2001 a Masters at RMIT in Art in Public Space. I have spent much of my time pursuing an art practice and working in community arts. In 2004 I became a secondary school art teacher, and have loved working with young people on a daily basis. By the end of my first year of teaching, I became acutely aware that something major had to shift in terms of retaining and managing my own energy levels. Strengthening my yoga practice ensured my life was more balanced. The studio and Rob’s teachings have provided me with much insight, which has helped me live a richer and more peaceful life. I have been able to reflect on how tired I was and how life just isn’t set up for us to rest or slow down. In 2013 I became a mother and this has changed, strengthened and expanded my yoga practice, as it has my life in general.

Teaching at Yogareal has been a challenging and profoundly rewarding experience. I have had the opportunity to teach various classes, including prenatal yoga and yoga for secondary students. These classes have allowed me to draw on my personal experiences and integrate them into my teaching. It is important to me that my approach to teaching is honest and people can relate to what is being taught.